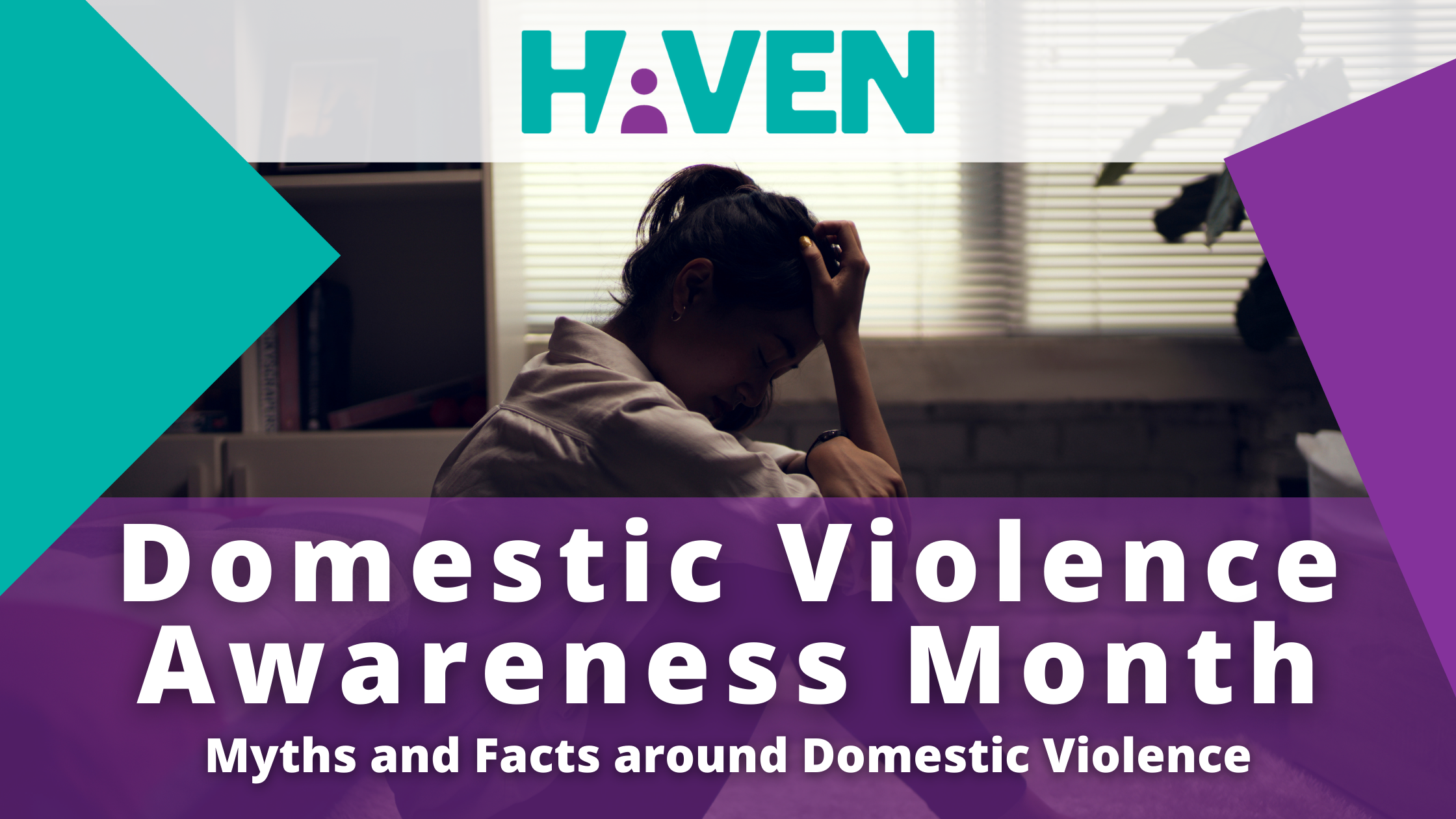 It is Domestic Violence Awareness Month and we’re ready to do some myth busting!

MYTH: Domestic violence is an impulse control or anger management problem.
FACT: Abusers act deliberately and with forethought, choosing whom to abuse and how to do it. Abusers selectively abuse their partners, sometimes in ways that do not leave visible marks for others to see and blames their partner for “driving them to it”. Then that same abuser will not physically or emotional assault their co-workers, is able to navigate a frustrating trip to the DMV or annoying trip to a grocery store with assaulting anyone. Domestic abuse is targeted and deliberate.

MYTH:  Leaving an abusive relationship is no harder than walking out the door. If an abused person doesn’t leave it means they are probably exaggerating the situation for attention or they probably like it.
FACT: Leaving is the most dangerous time in a relationship that has violence in it. Domestic violence is all about one partner having all of the power and control, losing that when the abused person leaves ramps up the violence. Victims have many barriers in the way of leaving as well, the fear of what will happen, lack of economic resources, lack of safe options of places to go, and for many victims, they have children with their abuser. Their abuser may have threatened harm, including death to the victim and/or children, making managing life within the confines of abuse become a seemingly better option than facing the threats outside of it.

MYTH: Domestic violence does not happen in with senior citizen couples. FACT: Approximately half of all elder abuse in women is thought to be domestic violence “grown old”. The barriers of shame, economic dependence, and fear make older women experiencing violence from their partner at home less likely to seek and receive help.

MYTH: Domestic violence only happens when one person is intoxicated, it is about substance misuse. FACT: Domestic violence is exacerbated by substance misuse, it is not caused by it. In jail house interviews, perpetrators of abuse have said that the use of drugs or alcohol lowered their inhibitions making them more open to escalating physical violence but that keeping the power and control over their partners was the main goal. There are thousands of people who are able to drink alcohol without erupting into physical violence. There is NEVER an excuse for physical or any form of violence.

How to Help Someone Who Is Being Abused