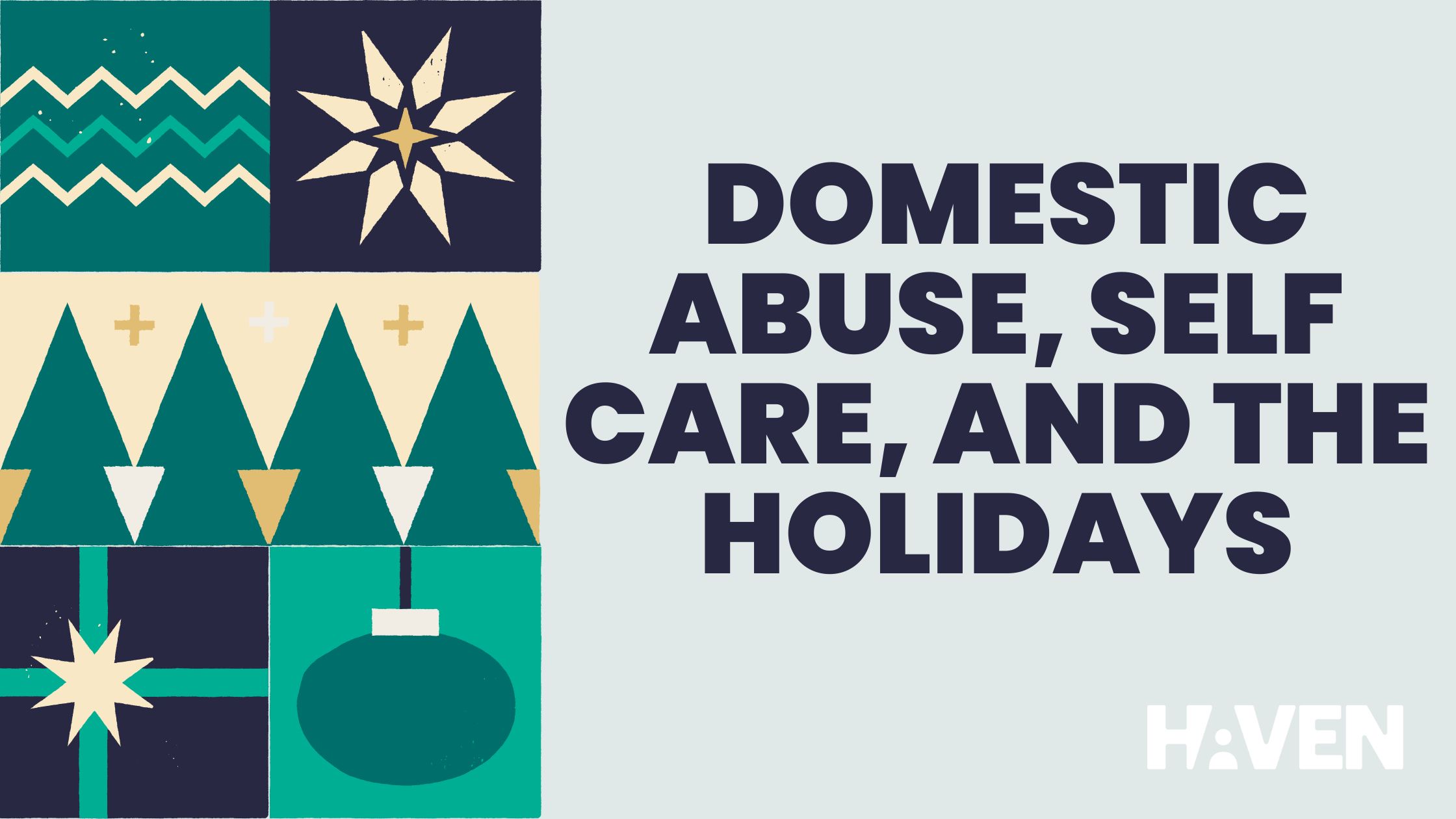 Domestic Abuse, Self-Care, and the Holidays

Holidays can be a joyful time, but for many, it brings a great deal of stress. This time of year, we often focus much of our energy on taking care of other people, and sometimes, we don’t get that energy back. For those who have experienced domestic or sexual abuse, the stresses may be even greater. This blog will explore common challenges of the holidays, how survivors can put their well-being first, and how to help someone you care about who may be impacted by abuse.

Here are some examples:

·         Parties and family gatherings with potential perpetrators, or family members/friends that didn’t believe or support you.

·         Pressure of gift-buying, cost of decorations, hosting large meals, and/or financial stresses for those who experience financial abuse and control.

·         Co-parenting around holidays with an abusive ex-partner.

·         Pressure to join parties, work get-togethers, and family celebrations while an abusive partner is isolating you from outside contacts.

·         Pressure to “keep the peace” for children’s or the holidays’ sake while spending extended time with an abuser due to increased time off.

Self-care can feel difficult even in non-holiday times, but we all deserve to give this gift to ourselves. Self-care—physical and emotional–in stressful times is imperative for your mental health and healing journey. Follow along below for some tips to take care of yourself after a traumatic event or during a stressful time of year. 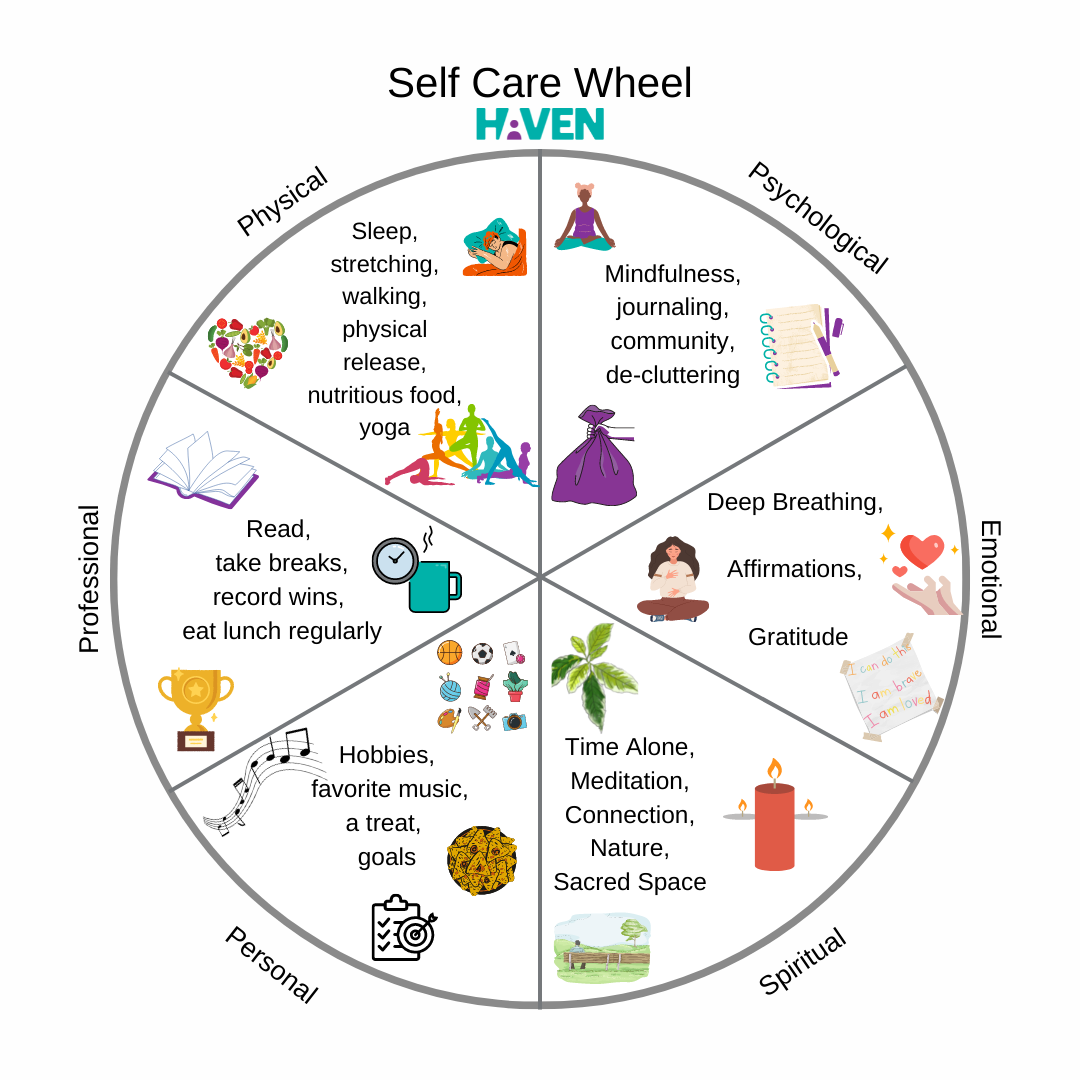 The above image is an example of organizing your self-care tasks and activities to fulfill the six major portions of your emotional and physical needs. This can look different for everybody! Try writing down ideas for each of the above sections of activities or tasks that would work for you.

For more ideas, answer the questions below for tips to take care of yourself.

·         Psychological Self-Care – How do you take care of your mental health? Who do you like to spend time with that doesn’t drain your energy, but raises it? What activities make you feel more energized, organized, or better overall?

·         Spiritual Self-Care – What does getting in touch with your spirituality look like for you? Do you like connecting with nature? Is there a religious community you can connect with? Do you have a sacred space you can retreat to?

·         Personal Self–Care – What does taking care of yourself look like to you? Do you have hobbies? Favorite food to cook or eat? Do you have any short-term goals you can set and work towards?

·         Professional Self-Care – Are you taking breaks at work? Are you taking a full lunch break (away from your desk)? Are there people at work you can take a break with, go for a walk, etc? Are you focusing on your “wins” or successes? 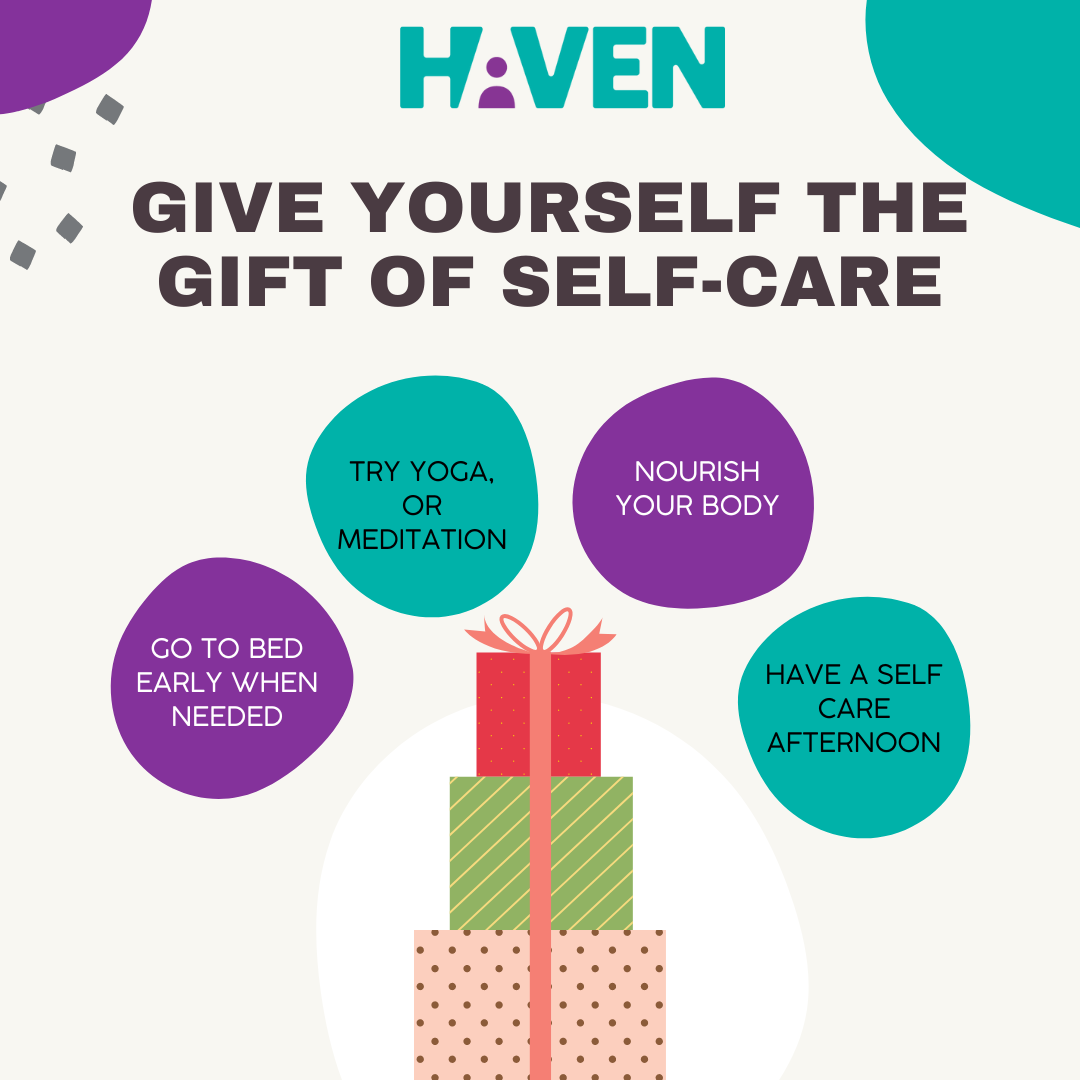 If you need more tips on how to take care of yourself during a stressful time or after a traumatic event, you can use the below articles for more information.

If you have children or other people in the house depending on you for positivity during the holidays, it may feel selfish to take time for yourself. Remember:

It’s not selfish to take care of myself, it’s necessary. I deserve peace, happiness, and support. 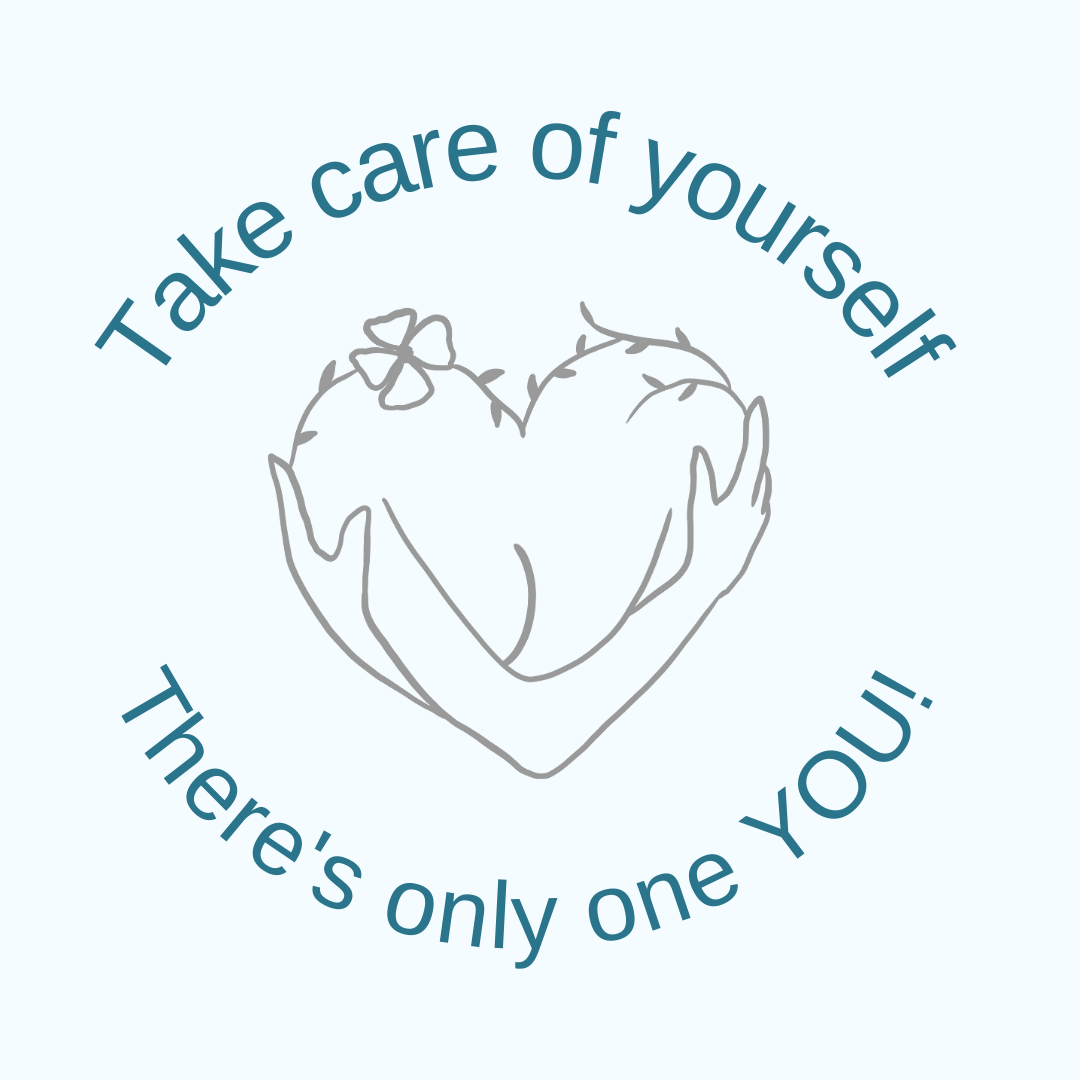 You may have heard the saying, you cannot pour from an empty cup. This means, in order to give your children, family members, or friends happiness during the holidays, you also have to give it to yourself. Think of what they say in airplanes, in case of emergency please put on your own oxygen mask before assisting others. You have to take care of yourself in order to take care of others. 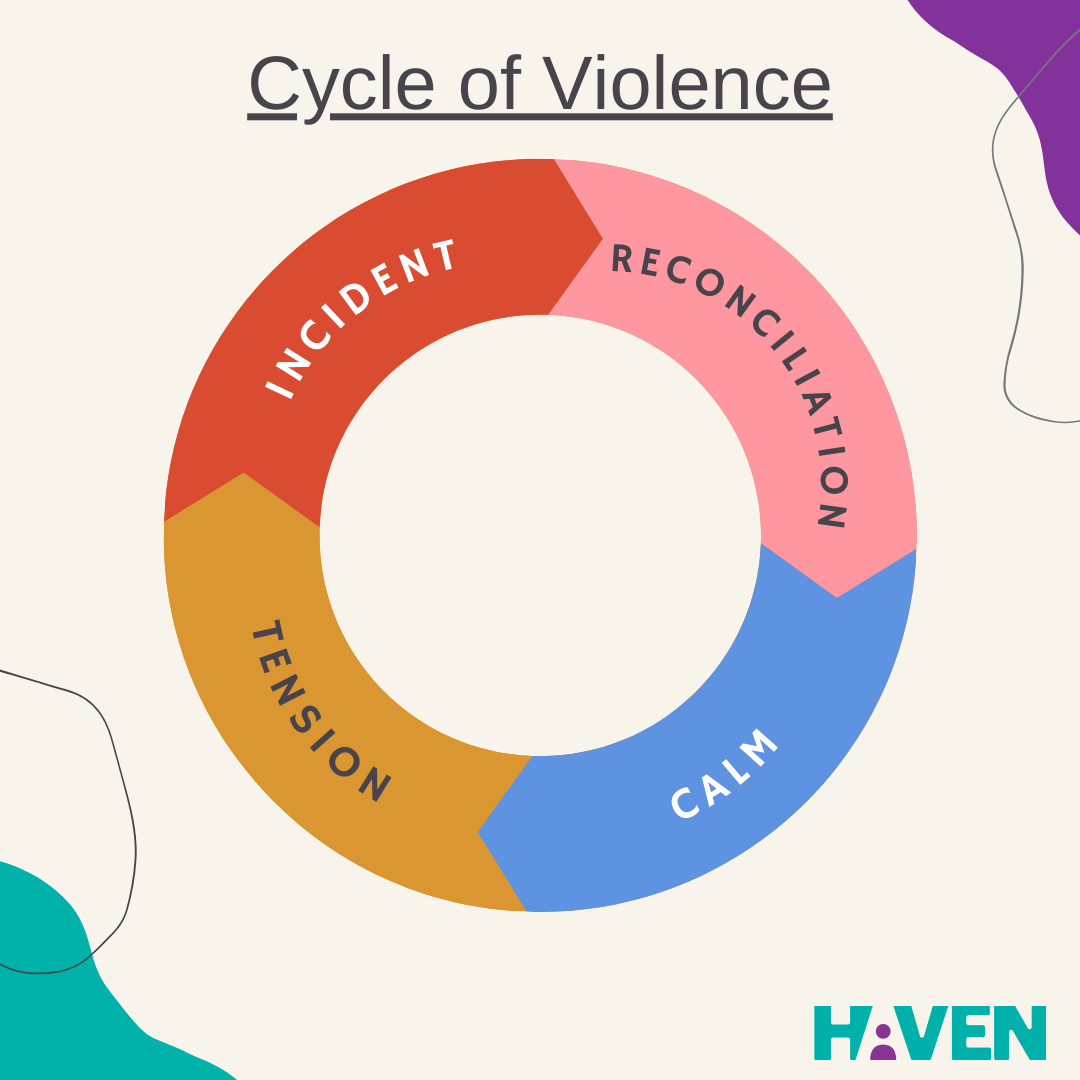 For Friends, Family, or Perhaps the Survivor: Warning Signs

This holiday season may be the longest time you’ve spent with a certain family member and their new partner. Or, perhaps seeing your own family for the first time in a long time may confirm your own suspicions that your relationship is not respectful and supportive. The following is from the NH Coalition Against Domestic and Sexual Violence’s post on Signs of Abuse.

This list identifies a series of behaviors typically demonstrated by controlling and abusive people. All of these forms of abuse- verbal, emotional, psychological, financial, sexual, and physical – come from the abuser’s desire for power and control. The list can help you recognize if you or someone you know is in a violent relationship. 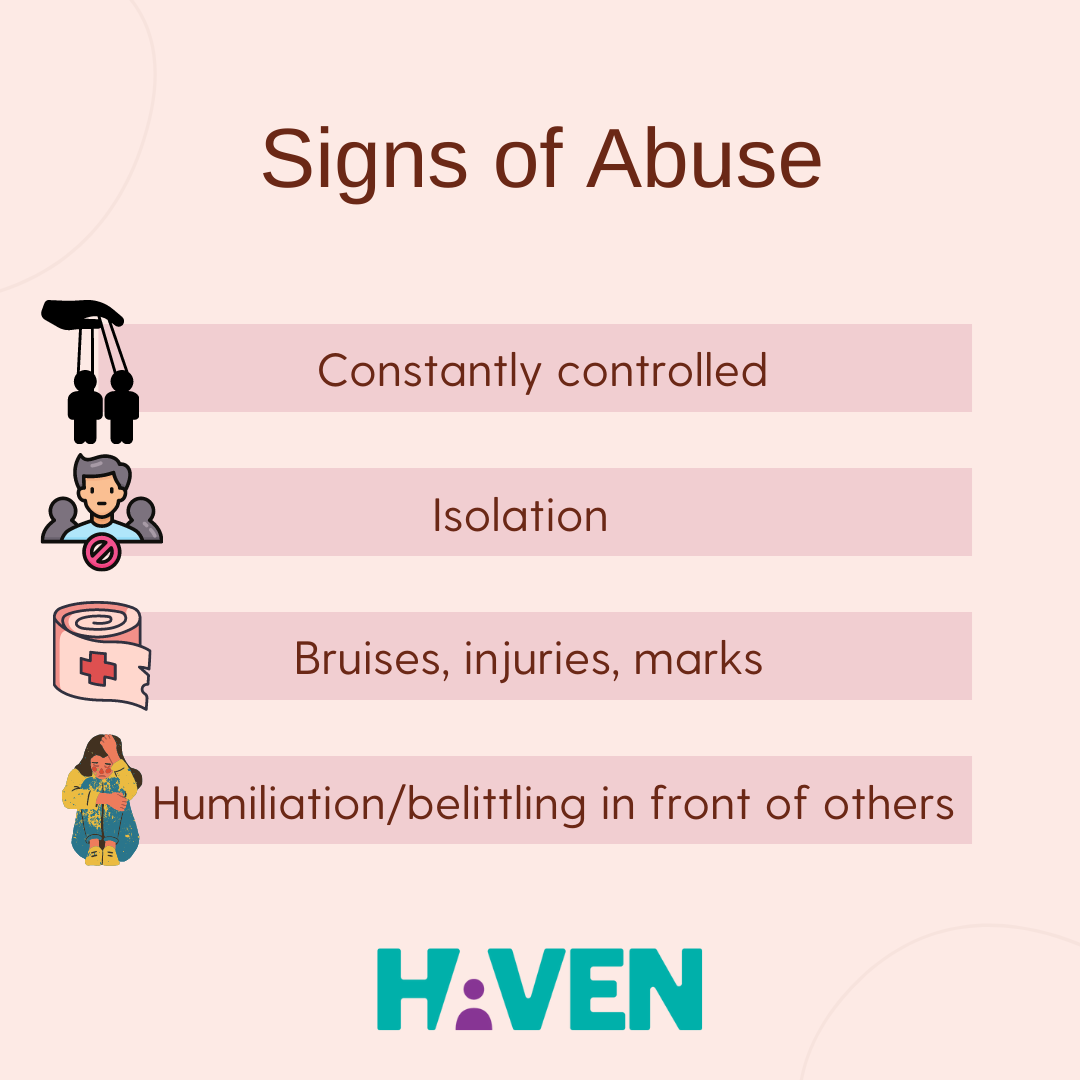 Disrespect
Interrupting; changing topics; not listening or responding; twisting the victim’s words; putting them down in front of other people; saying bad things about their friends or family.

Lying, withholding information; cheating on the victim; being overly jealous, not following through on agreements; not taking a fair share of responsibility; refusing to help with childcare or housework.

Coercion and Threats
Threatening suicide or other forms of self-harm such as deliberately saying or doing things that will have negative consequences (e.g., telling off the boss); threatening to report the victim to welfare or other social service agencies, make the victim do illegal things; making the victim drop charges.

Isolation
Preventing or making it difficult for the victim to see friends or relatives; monitoring phone calls; telling them where they can and cannot go.

Controlling behavior
Interrogates their partner intensely about their whereabouts and who they’re with, keeps money or other necessary items like phones, keys, etc.; insists their partner asks permission to do anything (Women’s Advocates, 2022); calling at work all day; checking car mileage; listening to phone calls; making uninvited visits or calls; following the victim; checking up on them; embarrassing them in public; refusing to leave when asked; limiting outside involvement; using jealousy to justify actions; controlling who the victim talks to, what they read, what they do, and who they see. 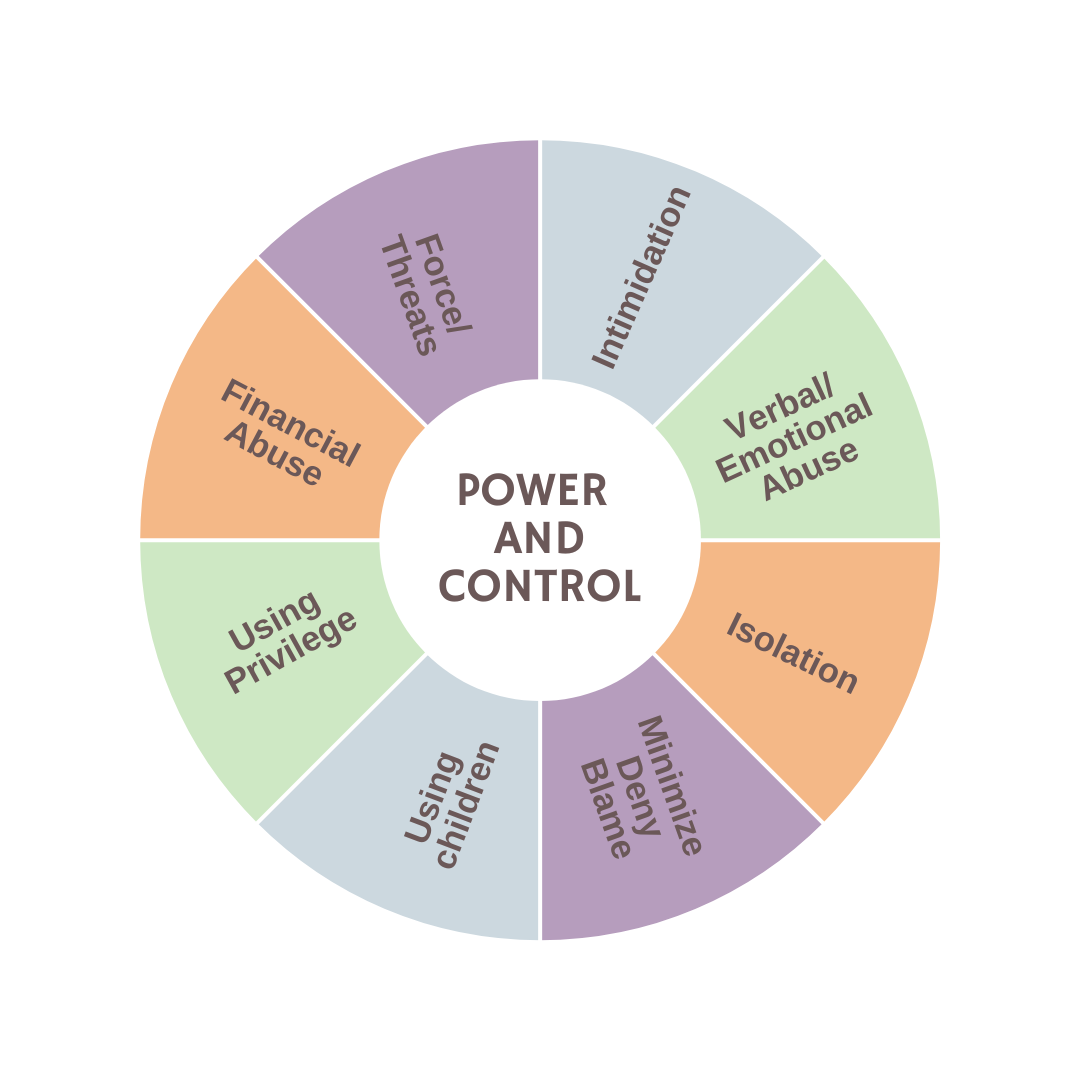 You can access more information from HAVEN’s other posts about supporting someone you know who is experiencing violence here and here. Or call the hotline for more support and ideas at 603-994-SAFE .

Spending extended amount of time with family and extended family could also mean you or a loved one will have to be near a family member that physically or emotionally abused them in the past. If legal action is not something that can or is being considered, safety planning will be necessary for your or their physical or emotional health. During this holiday season and beyond, we want to help everyone keep their relationships healthy and place boundaries where needed.

Plan of Action—What will you do if you do end up seeing a family member who has abused you? Who in your family have you or can you tell so they can support you in leaving if you need to? Is there a way to ensure they are not coming? Think out a plan of action to remove yourself, such as a code phrase for your partner or close friend that signals you need to leave.

Support Network—Who can you reach out to who knows what is happened or is happening that you can speak with or call and process with? This could look like asking your therapist for extra support, confiding in a friend or partner, etc. 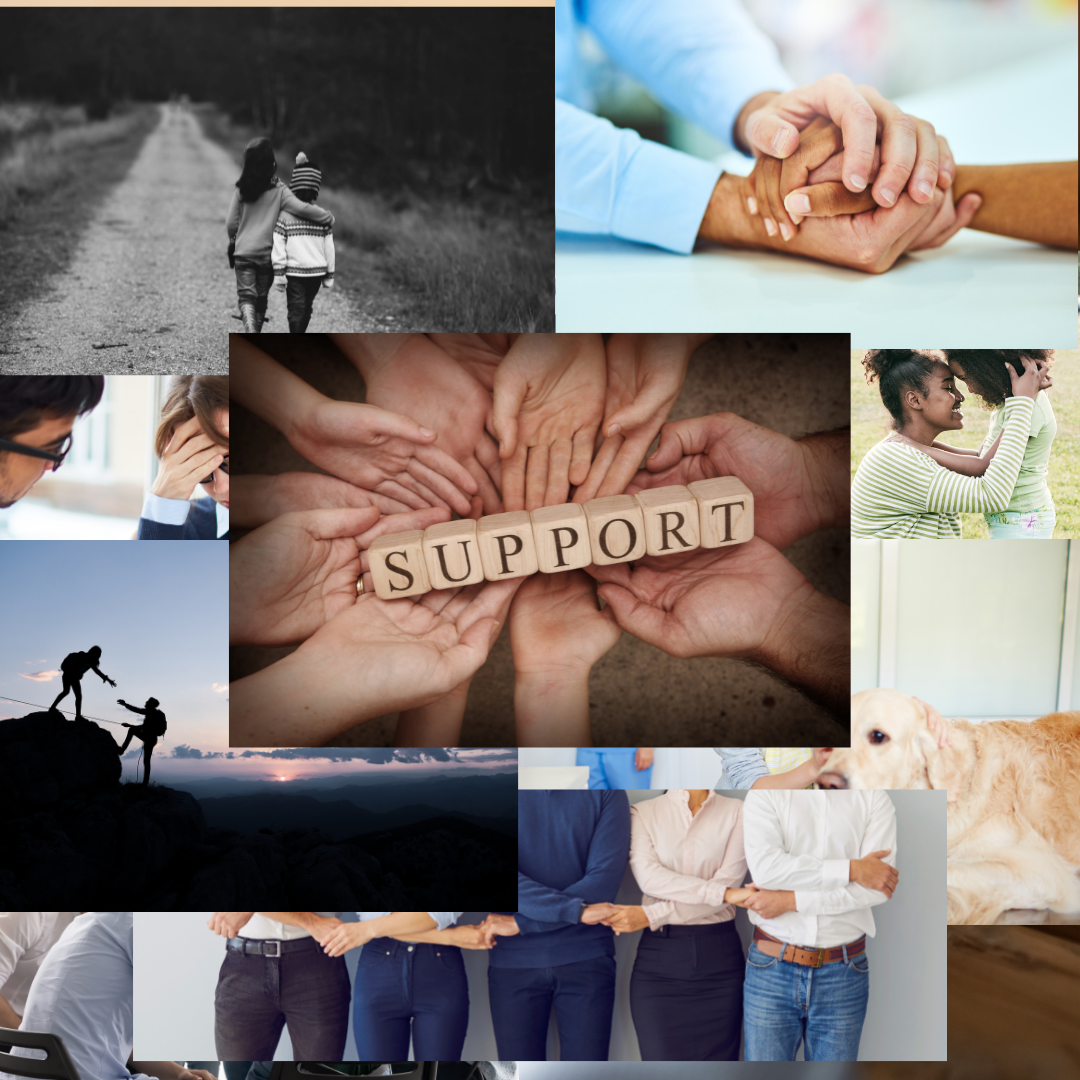 Self-Care: Spending time with family, toxic or abusive, can be mentally and emotionally exhausting. Make sure you create a plan to take care of yourself as well.

Also consider the tips earlier in the post on taking care of yourself if you’re spending your first holiday independently since leaving an abusive relationship. 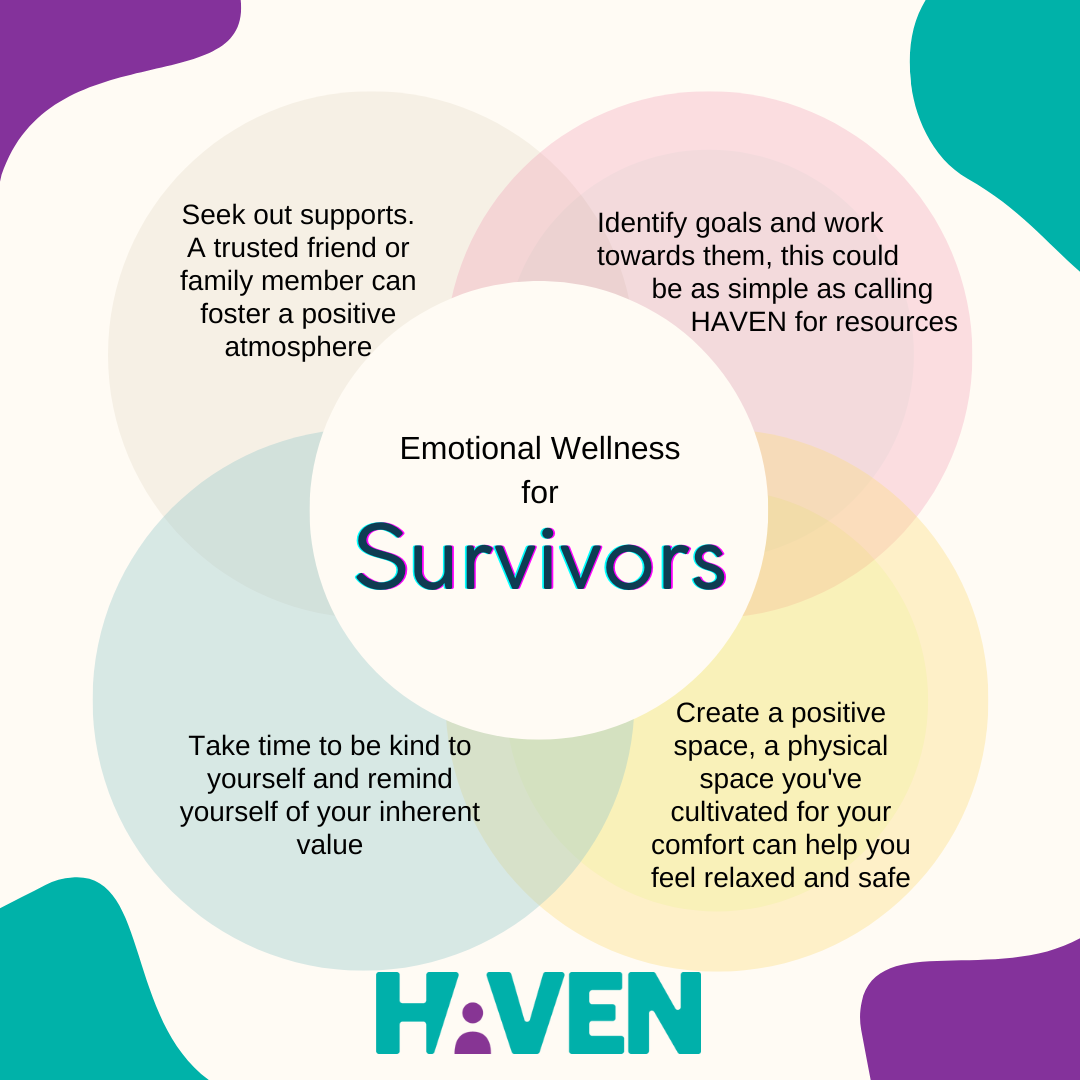 For more information on safety planning go to our page here or call our hotline at 603-994-7233. You do not have to be in active crisis to call HAVEN for support, we’re here for all survivors and secondary survivors.

HAVEN offers support, information, and resources to anyone impacted by sexual assault, domestic abuse, stalking, and/or human trafficking. Survivors can access HAVEN advocates 24 hours a day, seven days a week, for support through our hotline 1 (603) 994-SAFE . If it’s unsafe to call as you are isolated  with your abuser during the holidays, or don’t want other household members such as children overhearing you can use our free, confidential messaging system at havennh.org Monday through Friday 9 AM – 4 PM, holidays exempt. Reach out at any time. We are here to help.

What you need to know about: Sexting