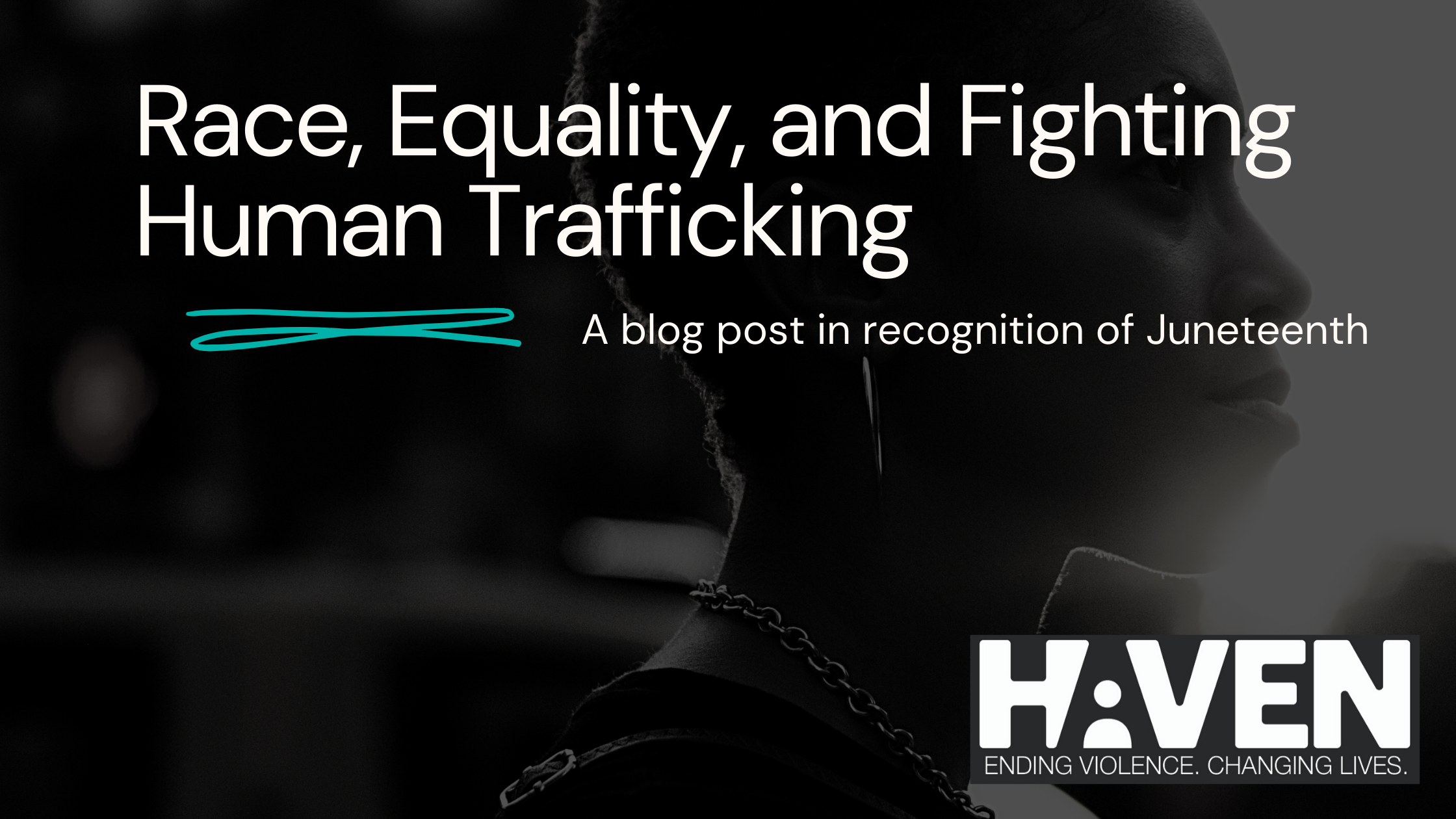 At a recent discussion, award-winning writer, researcher, visual artist, national and international speaker Christine Stark said, “Racism is at the core of prostitution. When we look at the history of the United States we see the genocide and colonization of indigenous women through what we now call sex trafficking.” On one of Christopher Columbus’ first landings, he sent hundreds of indigenous women back to the Mediterranean to be sold into slavery. Sex trafficking was in an integral part of the colonization of America.

Exploitation prevention advocate and Associate Director of My Life My Choice, Audrey Morrissey points out that “Girls and women of color have been chosen for exploitation based on their vulnerabilities, based on what they don’t have.

The marginalization of Black and Brown women and girls in the conversations of equality need to be continuously highlighted. Women of color make up 10% of the population but are 40% of the women exploited through the sex trade. We agree with our colleagues in the abolition movement that the reframing of the term “prostitute” or “trafficked person” into “sex worker” places an innocuous title on a brutal horror and further insinuates a privileged choice onto a long-standing system of oppression. According to the FBI, 40 percent of victims of sex trafficking are African-Americans. In overwhelming numbers, the persons most likely to be victimized are vulnerable Black girls and women.

We recognize that prostitution is rooted in the exploitation of a lack of choices. It thrives on exploiting a lack of resources.

Traffickers run their businesses by exploiting people. Exploitation is trauma. Human trafficking is an exploitation of trauma. It destroys the individuals who are being sold as objects to be used and disposed of when the user is finished. This kind of trauma has eroded at the fabric of our communities.

Each year, over 20 million people are victims of human trafficking. It is a $150 billion dollar industry fueled by the exploitation of other people’s bodies. People purchased and marketed like products. People abused so that their trafficker can wring out their labor through force, fraud and/or coercion.

We support and stand with our fellow advocates in the violence prevention and survivor support services field in calling for the voices of our Black and Brown community members to be heard, and their demands for equality heeded. We continue our fight to eradicate the exploitation of all people through the abolition movement to create a World Without Exploitation.

How to Respond When Kids Disclose